Treat Warnings As Errors In Teamcity

I’m OCD when it comes to my code. I don’t like to have any warnings. I wanted to configure my TeamCity builds to fail if there were any warnings in the projects. My first option is to tick the “Treat warnings as errors” box in the project settings. This had a few problems

While warnings are just errors that you’re ignoring, I will admit that it is convenient to be able to ignore some things some times. I’m fine with debugging and running locally with some errors. I really only wanted to stop people from committing code back to master with warnings. I couldn’t care less about bad hygiene the have when working locally.

In searching, I found David Gardiner’s blog post in which he creates a power shell script to edit the xml in each csproj file. It looks simple enough so I removed the TFS bit and added it as a build step in my TeamCity flow. It runs right before compiling my code. 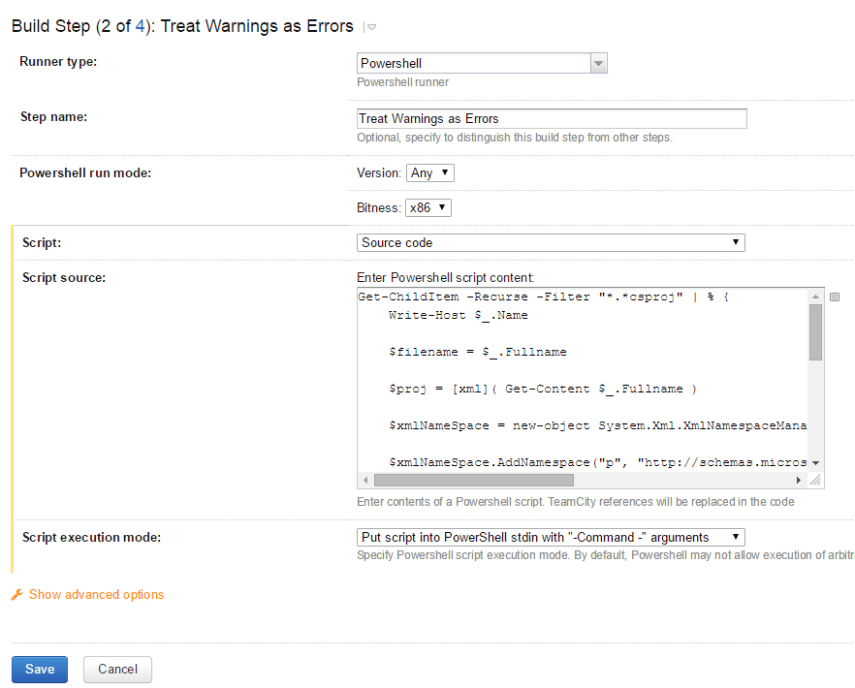 « ILRepack – E Pluribus Unum: One assembly from many
Introducing Coolwhip »